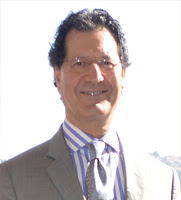 This is a full transcript, in the original English, of my interview with ambassador Hussain Sinjari, former representative of Iraq in Portugal and founder and president of Tolerancy International. The published interview, in Portuguese, can be read here.

How important is this visit for Iraq and for the Iraqi state?

As everyone else, I do believe that this is a highly important visit. The Pope comes to Iraq after the first papal visit was cancelled for many and difficult reasons [in 2000] and now the Iraqis from different religious backgrounds are all waiting with great hope for this visit.

We do need not only the blessings from the Pope, but also to strengthen the moderate voices in Iraq. In fact, not only in Iraq but in the Middle East at large. We hope also that the visit will encourage the young Christians to stay home rather than to immigrate to Europe and to other places.

This is a visit of hope and we do appreciate the Pope, at his old age, making this effort to come all the way to Iraq in these difficult times.

Many people advised against the Pope's visit, for safety reasons and also because of the pandemic...

Probably for other reasons as well. Many people believe that the past will decide about our future and this visit shows that our future shouldn't be buried by the past and the conflicts of the past. This is the most important thing. We shouldn't allow our past to decide our future and to bury it in the sands of the Middle East.

The coexistence among faiths and the different religious and ethnic backgrounds in Iraq and beyond, in the Middle East, is very important for building a future for everyone to have a place in it. Myself, as founder and president of Tolerancy International (tolerancy.org), I have great hope that this will bear fruit, good fruit, and to plant seeds, this Spring, in the soil of the Middle East for brotherhood, fraternity and equality and human rights for individuals and communities.

Do you have any doubts about the Government's ability to keep the Pope safe during this trip?

No! Everybody is concerned about this, including the two governments, in Baghdad, and the regional government in Erbil, in Kurdistan. I have seen myself that there are guards along the streets and everybody is making sure that the Pope returns to the Vatican safely, and in good shape.

One of the highlights of this visit will be the Pope's visit with Ayatollah Ali al-Sistani. How important is this religious leader in Iraq?

For the Shiites he is very important, he is the supreme religious leader and grand ayatollah among the Shiites, not only in Iraq but beyond as well, but also Ayatollah Sistani is important for other Iraqis because until now he has shown himself as a guardian of peaceful coexistence among different minorities and people from different backgrounds in Iraq and for peaceful solutions whenever there is a conflict or a problem, as well as being a moderate voice.

The meeting with between these two great religious men is important to establish peace among people and understanding, and tolerance and building tolerance, the thing we most need in the Middle East.

There was a serious conflict between Baghdad and Erbil a few years ago. Have things been resolved?

But somehow, if this is what you mean, there is a better military and security coordination between the Kurdish forces and the federal forces of Baghdad. Any understanding will help, and we hope this Papal visit will also help to find common ground between Baghdad and the regional government.