The Arab-American Community in Michigan 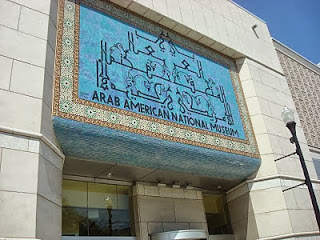 Tell us about the museum…
We opened in 2005 and this is our 9th year. We are the only museum in the country dedicated to telling the story of the Arab Americans.

Is that the biggest Arab American community outside of the Middle East?
Concentration wise, since the city of Dearborn is about 40% Arab American, there is no other area with such a high percentage.

How did the community arise, and why did they concentrate in Dearborn?
There were Arab Americans in most major US cities by about 1900. The Detroit area was no exception, but it was not until the 1920’s when Ford opened one of his big factories in Highland Park, just North of the city of Detroit that a higher concentration of Lebanese, Syrians and some Yemenis started moving there to work in the factory.

In 1927 Henry Ford opened the River Rouge factory here in the city of Dearborn and so many migrated from the Detroit area to Dearborn and that community is still here today, 70, 80 years later, living in the same area.

Did he specifically invite Arabs to come over? Or did a few come and then bring their families?
Partly it’s chain migration. Ford was offering 5 dollars a day, which at the time was a lot of money, so as far as industry work, Detroit was a good place to be.

He did actively recruited Yemenis for their ship building prowess, so the Yemeni community developed because of their skilled trade, but mostly its chain migration.

At one point on the Great Lakes the majority of people working the boats were actually Yemeni.

Has the war in Syria polarized and divided the community?
The Arab American community is very closely connected to what is going on in their homelands and there is always a diverse range of opinions, since you have recent immigrants living in the same area as 2nd, 3rd, 4th and even 5th generation Arab Americans. You have Christians, Muslims, people of all political persuasions, so yes, there are differences in the ways people perceive the conflict in the community, but it is no different than any other uprising or civil strife that happens in the homelands.