Obama cristão? No You Can't! 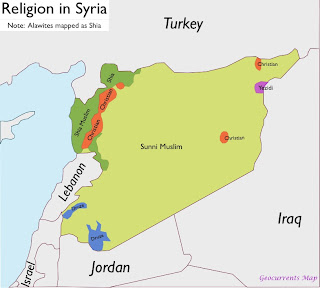 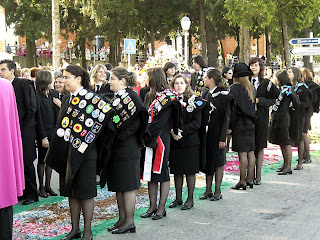 Posted by Filipe d'Avillez at 15:30 No comments:

Posted by Filipe d'Avillez at 17:30 No comments:

"We belong to God, and only to God" 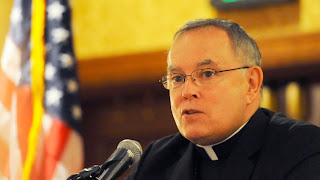 Philadelphia is the place where both the Declaration of Independence and the United States Constitution were written. For more than two centuries, these documents have inspired people around the globe. So as we begin our reflection on today’s readings, I have the privilege of greeting everyone here today -- and every person watching or listening from a distance -- in the name of the Church of my home, the Church of Philadelphia, the cradle of our country’s liberty and the city of our nation’s founding, so greetings to all of you from the people of Philadelphia. May God bless and guide all of us as we settle our hearts and minds on the Word of God.

Paul Claudel, the French poet and diplomat of the last century, once described the Christian as “a man who knows what he is doing and where he is going in a world [that] no longer [knows] the difference between good and evil, between yes and no. He is like a god standing out in a crowd of invalids . . . He alone has liberty in a world of slaves.”

Like most of the great writers of his time, Claudel was a mix of gold and clay, flaws and genius. He had a deep and brilliant Catholic faith, and when he wrote that a man “who no longer believes in God, no longer believes in anything,” he was simply reporting what he saw all around him. He spoke from a lifetime that witnessed two world wars and the rise of atheist ideologies that murdered tens of millions of innocent people using the vocabulary of science. He knew exactly where forgetting God can lead.

Most of us know today’s passage from the Gospel of Matthew. What we should, or should not, render unto Caesar shapes much of our daily discourse as citizens. But I want to focus on the other and more important point Jesus makes in today’s Gospel: the things we should render unto God.

When the Pharisees and Herodians try to trap Jesus, he responds by asking for a coin. Examining it he says, “Whose image is this and whose inscription?” When his enemies say “Caesar’s,” he tells them to render it to Caesar. In other words, that which bears the image of Caesar belongs to Caesar.

The key word in Christ’s answer is “image,” or in the Greek, eikon. Our modern meaning of “image” is weaker than the original Greek meaning. We tend to think of an image as something symbolic, like a painting or sketch. The Greek understanding includes that sense but goes much further. In the New Testament, the “image” of something shares in the nature of the thing itself.

This has consequences for our own lives because we’re made in the image and likeness of God. In the Greek translation of the Old Testament, the same word, eikon, is used in Genesis when describing creation. “Let us make man in our image, after our likeness” says God (Gen 1:26). The implication is clear. To be made in the image of God is more than a pious slogan. It’s a statement of fact. Every one of us shares -- in a limited but real way -- in the nature of God himself. When we follow Jesus Christ, we grow in conformity to that image.

Once we understand this, the impact of Christ’s response to his enemies becomes clear. Jesus isn’t being clever. He’s not offering a political commentary. He’s making a claim on every human being. He’s saying, “render unto Caesar those things that bear Caesar’s image, but more importantly, render unto God that which bears God’s image” -- in other words, you and me. All of us.

And that raises some unsettling questions: What do you and I, and all of us, really render to God in our personal lives? If we claim to be disciples, then what does that actually mean in the way we speak and the way we act?

Thinking about the relationship of Caesar and God, religious faith and secular authority, is important. It helps us sort through our different duties as Christians and citizens. But on a deeper level, Caesar is a creature -- a creature of this world -- and Christ’s message is uncompromising: We should give Caesar nothing of ourselves. Obviously we’re in the world. That means we have obligations of charity and justice to the people with whom we share it. For Christians, patriotism is a virtue. Love of country is an honorable thing. As Chesterton once said, if we build a wall between ourselves and the world, it makes little difference whether we describe ourselves as locked in or locked out.

But God has made us for more than the world. Our real home isn’t here. The point of today’s Gospel passage is not how we might calculate a fair division of goods between Caesar and God. In reality, it all belongs to God and nothing – at least nothing permanent and important – belongs to Caesar. Why? Because just as the coin bears the stamp of Caesar’s image, we bear the stamp of God’s image in baptism. We belong to God, and only to God.

In today’s second reading, St. Paul tells us, “Indeed religion” -- the RSV version says “godliness” – “with contentment is great gain. For we brought nothing into the world, just as we shall not be able to take anything out of it.” My dear friends, true freedom knows no attachments other than Jesus Christ. It has no love of riches or the appetites they try to satisfy. True freedom can walk away from anything -- wealth, honor, fame, pleasure. Even power. It fears neither the state, nor death itself.

Who is the most free person at anything? It’s the person who masters her art. A pianist is most free who -- having mastered her instrument according to the rules that govern it and the rules of music, and having disciplined and honed her skills -- can now play anything she wants.

The same holds true for our lives. We’re free only to the extent that we unburden ourselves of our own willfulness and practice the art of living according to God’s plan. When we do this, when we choose to live according to God’s intentions for us, then -- and only then -- will we be truly free.

This is the freedom of the sons and daughters of God. It’s the freedom of Miguel Pro, of Mother Teresa, Maximillian Kolbe, Dietrich Bonhoeffer, and all the other holy women and men who have gone before us to do the right thing, the heroic thing, in the face of suffering, adversity and death.

This is the kind of freedom that can transform the world. And it should animate all of our talk about liberty – religious or otherwise.

I say this for two reasons. Here’s the first reason. Real freedom isn’t something Caesar can give or take away. He can interfere with it; but when he does, he steals from his own legitimacy. 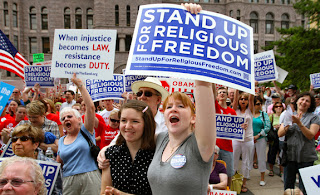 Here’s the second reason. The purpose of religious liberty is to create the context for true freedom. Religious liberty is a foundational right. It’s necessary for the good of society. But it can never be sufficient for human happiness. It’s not an end in itself. In the end, we defend religious liberty in order to live the deeper freedom that is discipleship in Jesus Christ. What good is religious freedom, consecrated in the law, if we don’t then use that freedom to seek God with our whole mind, our whole strength, our whole soul and all that we are?

Today, July 4, we celebrate the birth of a novus ordo seclorum – a “new order of the ages,” the American Era. God has blessed our nation with resources, power, beauty and the rule of law. We have so much to be grateful for. But these are gifts. They can be misused. They can be lost. In coming years, we’ll face more and more serious challenges to religious liberty in our country. This is why the Fortnight for Freedom has been so very important.

And yet, the political and legal effort to defend religious liberty – as vital as it is – belongs to a much greater struggle to master and convert our own hearts, and to live for God completely, without alibis or self-delusion. The only question that finally matters is this one: Will we live wholeheartedly for Jesus Christ? If so, then we can be a source of freedom for the world. If not, nothing else will do.

God’s word in today’s first reading is a caution we ignore at our own expense. “Son of man,” God says to Ezekiel and to all of us, “I have appointed you as a sentinel. If I say to the wicked, ‘you will surely die’ – and you do not warn them or speak out to dissuade them . . . I will hold you responsible for their blood.”

Here’s what that means for each of us: We live in a time that calls for sentinels and public witness. Every Christian in every era faces the same task. But you and I are responsible for this moment. Today. Now. We need to “speak out,” not only for religious liberty and the ideals of the nation we love, but for the sacredness of life and the dignity of the human person – in other words, for the truth of what it means to be made in the image and likeness of God.

We need to be witnesses of that truth not only in words, but also in deeds. In the end, we’re missionaries of Jesus Christ, or we’re nothing at all. And we can’t share with others what we don’t live faithfully and joyfully ourselves.

When we leave this Mass today, we need to render unto Caesar those things that bear his image. But we need to render ourselves unto God -- generously, zealously, holding nothing back. To the extent we let God transform us into his own image, we will – by the example of our lives – fulfill our duty as citizens of the United States, but much more importantly, as disciples of Jesus Christ.

May God brings to completion the good things he begins in us today. 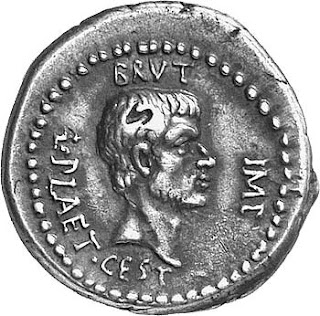