“Many Icelanders don’t have a clue about religion” 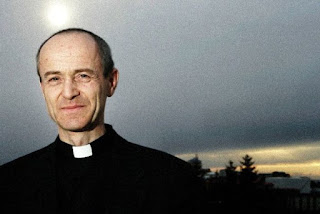 This is a full transcript, in the original English, of my interview with Fr. Jakob Rolland, of the Catholic Church in Iceland and chairman of the Icelandic Interfaith Forum, in which capacity I spoke to him about recent attempts to forbid circumcision for religious reasons in that country.

UPDATE: Since publishing this transcript it was brought to my attention that the proposed bill has been scrapped. Although good news, this in no way makes the interview less interesting, especially in respect to growing ignorance of religion and its importance among Icelanders. The interview was, naturally, recorded months ago, before the proposal was scrapped.

What are the Jewish and Muslim communities in Iceland like? And how did they react to this proposal?
There is a very, very small Jewish community, we don't know exactly, because this community is not registered, there is no organised community of Jewish people, so the figures go from 35 to 200, we do not really know how many. But it is a very small community.

But they are expecting a rabbi to be nominated this year, and he will probably come to Iceland this Summer and constitute a community.

The Muslims are more numerous, maybe around 2000 in Iceland, and they are divided into five different communities. For them and for the Jews, this is a very serious issue, because for Jewish people circumcision is mandatory, they have to have the boys circumcised on their eighth day of life, and that is probably the only Jewish practice that all the Jewish people do. Other practices, like eating kosher, or keeping feast days like Yom Kippur, or Shabbat, and so on, some people follow them and others don't. But I think almost 100% have circumcision. For them it’s not an option.

For the Muslims it is not so important from a religious perspective. Almost all Muslims practice Circumcision, but it’s more cultural than religious. It has always been part of the Muslim religion, but they are not so strict regarding the age, for example, it is quite common for them to have children circumcised at five or six, or even later, but they also insist on continuing this tradition.

Have they spoken out on this issue?
There was no debate on it before. The debate started at the end of January, this year, before that one had never heard about this issue in Iceland.

But since the debate did begin, how have they reacted?
We have heard nothing from the Jewish community. Since they are not constituted as a community and they don't have any spokesman, so we didn't hear anything. But we heard a lot from the Jewish communities abroad, especially from the Northern countries, Denmark and Sweden and Finland. These are very concerned on behalf of the few Jewish people in Iceland.

And the Muslims community, three of them are members of the Interfaith Forum, that is an informal group of 18 religions in Iceland, for inter-religious dialogue and promoting religious freedom and human rights and issues which concern all the religions. And within the framework of this Interfaith Forum, they brought forward this issue at the beginning of February, to ask for a reaction. Their first intention was that the Forum should issue a statement, but it appeared that this would not be possible because most of the 18 religions represented in the Forum are against the ban, but some are in favour, or have no opinion, so there was no unanimity within the Forum, of which I am the chairman.

So we said we cannot make a statement, because some of the members are not in agreement. But then we came to the conclusion that we can organise a conference, where the Jewish and the Muslims can express their concern and publicly explain the Parliament in Iceland, and to the public, why this issue is so serious for them. And on that point we had unanimity, to organise this conference, without taking a formal position for or against, but giving them an opportunity to listen to the reasons for the bill and to express their own opinion.

So I take it for granted that the members of Parliament who presented this bill had not spoken to, or met with, the Muslim or Jewish community, before they presented it.
It seems not. I couldn't see any sign that they had any contact with the Muslim Community before presenting this bill, and none at all with the Jewish, we could see that when the person who presented the bill received news of the reaction of rabbis from all over Europe a few days later and said, publicly, in Parliament, that she didn't expect any reaction from the rabbis. That was a strange statement, because if anyone was going to react, it was the rabbis.

That brings up an interesting point. I have been following these debates in many countries in Europe and I have noticed that there seem to be two different cases. In some it seems to be open hostility to Muslims and Jews, disguised as care for children or for animal's rights. In other cases it seems to stem from pure ignorance or religious illiteracy. Is the latter the case here?
Absolutely, absolutely. I would say there is a lot of ignorance about religious issues.

Icelanders themselves, most of them are Christians, a third of the population belongs to the Lutheran State Church, but very few people have deep notion of their religion, and very few practice on a daily base. So for them religion is completely secondary and they have difficulty understanding that for other people religion is essential and an important part of their daily life.

Just before this conversation I was attending a meeting of the Interfaith Forum to evaluate the conference, and everybody agreed that it was a very good conference, but one of them said "I got many reactions from people who followed the conference on live stream and many of them, independently of one another, told me that they had never realised that religion can be so important for some people".

So that means that many Icelanders don't have a clue about religion, and that reflects the materialistic mentality in this country. Iceland is a very rich country, very materialistic, and unfortunately religion is not very visible and not very appreciated in the life of many Icelanders.

Could we describe it as a post-Christian country?
Exactly. You know Iceland was a Catholic country until the reformation, and then it became Lutheran by decision of the King of Denmark, and slowly afterwards, after the XIX Century, religion receded to the private sphere, at home, and nowadays has a very small impact on the public life.

Going back to the issue at hand, you mentioned that there was no reaction from the Interfaith Forum. But has the Catholic Church itself taken a position?
Yes. Our bishop wrote a letter which, right from the beginning, when the Muslims asked the Interfaith Forum to react to the bill, that same day our bishop wrote a letter to this Muslim leader, Salman Tamimi, to support his request and support the request of the Jewish and the Muslim community, that circumcision should not be banned in Iceland, by law. 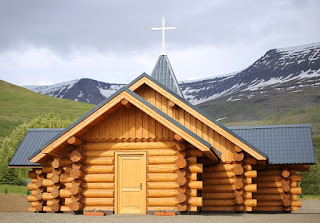 This is one specific threat... Are there other threats to religious liberty in Iceland? For example, freedom of conscience, issues with euthanasia and abortion?
I cannot say anything about freedom of conscience, I'm not sure what the law is. I have a friend who was working in a hospital and he was very much in the obstetrics and maternity section, and that is the same section where they have abortions, and he said this he would not do, it is against his conscience, and they respected that.

So I think there must be some law which protects freedom of conscience.

In fact we should investigate this a little bit more, because a bill on Euthanasia is also coming now. So it is important for us to know the legislative aspect.

There are other threats to religion... In the city of Reykjavik, in the schools run by the city, there is no teaching of religion anymore. It was the case until around five or ten years ago, but now it is no longer permitted. There are some classes of introduction to religion, where they talk a little bit about Christianity, Islam, Hinduism, in a very superficial manner, but there are no more religion classes in a proper sense. This leads to a generation, growing up now, which has no notion at all about religion. They would stand in front of the Pietá, in Rome, during their holidays, and ask “who is this lady, with this dead man in her hands?” They do not know anything about religion...

Are there any private schools owned by churches?
One, which belongs to the Adventist Church. And they have religious classes, but from the point of view of the Adventists, of course. But at least they teach some Bible stories, and I know that some Lutheran people send their kids to that school for that reason, because then at least they have some religious instruction and hear something about the Bible.

I saw from your website that the majority of the priests working in Iceland do not seem to be Icelandic. I would say that is your case as well...
I am French.

Could you characterise the Church in Iceland?
The Church is a tiny minority in this country, we have about 13 thousand people registered, which is not very much. The reality is probably a little bit more, because there are many people who come for a shorter or longer period of time, to work in Iceland, but they do not register in the Church, so the real number is probably 20 thousand.

I think around 90% of our Catholic Community are foreigners. They do not know any Icelandic, they do not integrate, they come to work, they have no intention to stay here, and that means that the Catholic Community is mainly Polish, around 70% of Polish origin, and the others are from many different countries, and so for us it becomes very difficult to create a sense of community.

We do not have a common language, the priests are from different countries and the Icelanders from our Catholic Community are in a minority, and for them it is very difficult, firstly to be in minority among Icelanders and then, within the Catholic Church, to be a minority again. That makes it very difficult for Icelanders, and that is really a challenge for us, to try to create occasions to bring together all these different groups.

When you were mentioning that some of the member churches of the Interfaith Forum had no opinion and some agreed with the prohibition of circumcision, just out of curiosity, I imagine the majority church would be the Lutheran... What was their position?
There are divided opinions also within the Lutheran Church, but the bishop of the Lutheran Church had a very strong statement, that she cannot agree that circumcision should be forbidden, and especially with a punishment of six years of imprisonment.

In other countries where these issues have been discussed we have seen that they produce a side effect, in that they bring the different religious communities together. Has that happened in Iceland?
The Interfaith Forum has existed for almost 12 years, and interreligious dialogue has never come to such a deep level of friendship and dialogue. Today some people even used the word love. We have never experienced that as much as until now.