Who are the Assyrians? 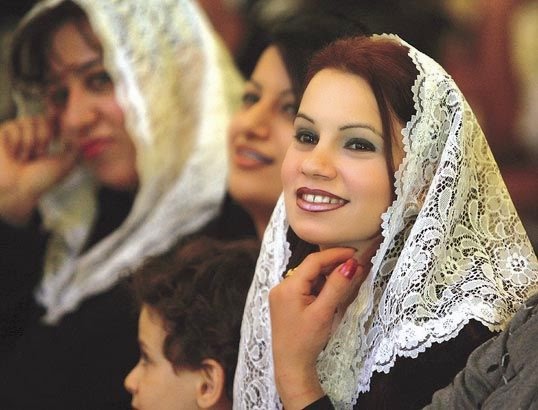 Mardean Isaac explains who the Assyrians are and gives us his perspective on the debate over Arab/Assyrian identity of Middle Eastern Christians. This is a full transcript* of the first part of an interview. The second part, on the possible creation of an Assyrian homeland, can be found here.

Where were you born?
I was born in England. My father is an Iraqi Assyrian and my mother is an Iranian Assyrian.

Assyrian, what exactly does that term mean?
The term refers to an ethnic group who inhabit a contiguous region which is roughly correspondent to what is now described as Kurdistan, so South-east Turkey, North-East Syria, North-West Iraq, the Urmia region of Iran, and we are a non-Arab, non-Kurdish people, we speak colloquial dialects of Aramaic with some native morphology, even though our liturgical and ecclesiastical dialects are middle-Aramaic/Classical Syriac, we speak vernacular versions of those.

We have existed in those settings as a community for hundreds if not thousands of years.

Assyrian is a term we use to describe ourselves because we trace our ancestry and heritage to the inhabitants of that ancient civilization and we continue to inhabit many of its territories.

Are Assyrians Christians?
Yes. That is to say that they are almost entirely a Christian people -- I am not speaking to their particular beliefs, i.e. whether they are practicing or not. There are ethnic Assyrians who have converted to Islam over the centuries and have lost their identity and language. In recent memory, there are Assyrians who were forcibly converted to Islam and/or 'Kurdified' during the Assyrian genocide of the early 20th century. There is also a small number of Jewish Assyrians.

When we speak of Assyrians, we are not speaking of all Christians in the Middle East... Would Assyrians include the Chaldeans for example?
The Chaldean church is a Catholic branch of what is now called the Assyrian Church of the East. The first Church of the East Patriarch to enter communion with Rome was Yohannan Sulaqa in 1552. The Chaldean Church became a 'millet' of the Ottoman Empire in 1846. Chaldeans are Catholic, but ethnically Assyrian.

How about the maronites, for example?
The Maronites are obviously a Levantine people. Historically they have used Syriac, our classical language, but ethnically it depends what you mean. They belong to a different region, but it is tricky because many of them refer to themselves as Surayeh, which is hard to translate directly, but translates into Syriac -- or Syrian, in a non-Arab sense. So I would say there is a link in terms of a Syriac heritage, as well as a culture of martial highland resistance, but ethnically, directly, they are not the same as us, no.

I know that the term Assyrian is not necessarily embraced in the Middle East, there are many who are attached to an Arab identity. How peaceful is the term in characterizing Christians in the Middle East?
I think the Maronites have a very special place in the political history of the Middle East, especially in the XXth Century, that is to say, at the time of the Lebanese independence they were around 40 or 50% of the population. They spearheaded the independence movement, so their adoption of the Arab identity was the closest you could say to a majoritarian adoption of that identity. They chose to do it for the sake of the country, so to say, they wanted to align themselves with the countries nearby them and so on.

They don't call themselves Assyrian and over time, especially with the failure of our own national movement, which collapsed when the Ottoman Turks massacred us in 1915-1918, with the collapse of that movement the churches started to entrench themselves and try and enforce their own authority over their communities and distance themselves from a national identity.

I call myself Assyrian, I have many Chaldeans in my family who also call themselves Assyrian, we all speak Suret, which is a dialect of Aramaic with Akkadian elements, which we usually refer to in English as Assyrian, and I know countless members of the Syriac Orthodox Church also refer to themselves as Assyrian.

The Patriarch of the Melkite church, for example, is very emphatic about the Christians being Arabs just like their neighbours. Is that also a leftover of the Arab Nationalist movement?
Absolutely. The division, broadly, is between people who want to assert themselves independently of Arabism, and independent of the dominant hegemonic forces in the region, which are and were Arabism and more recently Islam. So when it comes to the Melkite Church, increasingly it is true of the Chaldean Church, this was true of the Maronite Church, although Maronite political parties have more recently begun to move away from an Arab identity, and during the Lebanese Civil War many groups, though ostensibly Catholic, refused to identify as Arabs. It has to do with whether the leaders of the churches feel they have to prioritize their congregation and their ecclesiastical authority on the Arab dominion, or whether they side with their people, in other words, they try and move towards a situation where they establish themselves quasi-independently.

Our Patriarch of the Church of the East wanted to establish an Assyrian State, under the auspices of the British, so that division between Arab and Non-Arab, has to do with that. But of course, when they describe themselves as Arabs it goes without saying that they are not "real" Arabs. They are not the Arabs of the Gulf, they don't belong to Arab tribes. The Arabism is a political movement which began in the Early XXth Century and under whose auspices they wish to go in order to save their own church and find a place for their religion in an Arab world.

During the Arab Nationalist movement, many Christians saw this as an opportunity and thought this was a chance to fit in and play leading roles, and many did. But with the failure of the Arab Nationalist movement, in practical terms, could it make it worse if they identify as non-Arabs?
It’s an odd situation. In the case of ISIS there is not a trace of Arabism in them. It’s a kind of bizarre international murder gang of Chechen and Welsh teenagers, and Afghans and all kinds of people. Of course they are preoccupied in a bizarre manner with what they call original Islam, but overall in terms of the discussions I have with Middle Eastern people my age, they find the ethnic aspect of Assyrians utterly baffling. They may discover with surprise that we don't speak Arabic, but broadly they simply see us as Christians and increasingly they see each other as simply Shiite or Sunni rather than primarily as Arabs.

Of course there are all kinds of tribal, geographical, local forces at work in all of these conflicts, but the area of broad ethnic identification is certainly in decline. And the regimes that supported that identification are collapsing.


*A few corrections and minor alterations were submitted to these answers by Mardean Isaac in November 2014. I accepted these as they made no change to the overall tone or message of the original interview, and improved its clarity in some ways. In some cases they were spelling corrections to terms I had misheard during the interview.
Posted by Filipe d'Avillez at 13:10